4 Things a charity needs to know about annual reporting 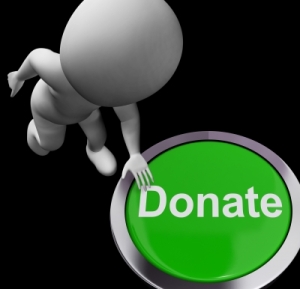 Charities survive on their reputation.

Whether your charity is funded from voluntary donations, grant funding or commercial activities it is important that all funders can look up key information to check your organisation is working effectively.  The annual reporting is time-consuming and potentially costly, but it is possible to restructure a charity to save on administrative costs.

1 – Charities must report to their regulator

Under the Charities and Trustee Investment (Scotland) Act 2005 (the 2005 Act), bodies which represent themselves as charities in Scotland are required to register with OSCR.  This requirement includes bodies which are established and/or registered as charities in other legal jurisdictions, such as England and Wales.

3 – Not all charities require an audit

Historically, the term ‘audit’ has been used loosely to describe any independent scrutiny of accounts.  However, under the Charity Regulations if the term ‘audit’ is used in a charity’s constitution or governing document the charity must have its accounts audited by a registered auditor.

Charity Trustees may consider that the benefits of having an audit are outweighed by the costs.  Trustees may wish to review their constitution and either:

If an audit is not required by your members or governing document, an independent examination can be much more cost-effective than a full external audit and can be carried out by wider range of accountants and financial professionals including a member of the Chartered Institute of Management Accountants.

A new legal form has been developed to allow charities to incorporate and report to just one body.  Any Charitable Incorporated Organisation in England & Wales or  Scottish Charitable Incorporated Organisation in Scotland is recognised as a corporate body which is a legal entity having, on the whole, the same status as a natural person.
This means it has many of the same rights, protections, privileges, responsibilities and liabilities that an individual would have under the law.  As a legal entity, the CIO / SCIO may enter into the same type of transactions as a natural person, such as entering into contracts, employing staff, incurring debts, owning property, suing and being sued.  As the transactions of the CIO / SCIO are undertaken by it directly, rather than by its charity trustees on its behalf, the charity trustees are in general protected from incurring personal liability in the same way company directors of a Limited Company.

In England and Wales you can:

(You can’t currently convert a charitable company to a CIO)

In Scotland you can:

For more information on an accountancy firm who can provide the statutory reporting, and also support you in the running of your charity please contact a member of the Chartered Institute of Management Accountants using the link to The Team above.

By alterledger in Accountant, Charities, Limited Company, Management on September 3, 2013.
← How do you define Value? What Travel Expenses will the taxman allow? →