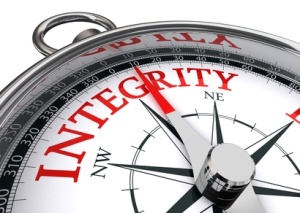 The disclosure requirements for Related Party Transactions in published accounts are a common cause of confusion, on the face of it, its sounds easy but getting it right is often a balance between compliance and relevance. The rules are set out in the Companies Act 2006, FRS8 and for smaller companies FRSSE (April 2008). The rules apply to both Full and Abbreviated Accounts.

FRS 8 section 3 and FRSSE section 15.7 states that disclosure of the following is not required:

The disclosure under FRS8 and FRSSE should include:

Dividends to directors do meet the definition of related party transactions and are disclosable as such.

Trival items don’t require disclosure and the principle of materiality should be applied.

The Companies Act 2006 places a statutory duty on directors in relation to potential conflicts of interest:

A director must “avoid a situation in which he has, or can have, a direct or indirect interest that conflicts, or possibly may conflict, with the interests of the company”.

Authorisation may be given by the directors—

The authorisation is effective only if—

(a)any requirement as to the quorum at the meeting at which the matter is considered is met without counting the director in question or any other interested director, and
(b)the matter was agreed to without their voting or would have been agreed to if their votes had not been counted.

So it is vital that Directors disclose any potential conflict of interest and seek authorisation from the Board of Directors.

By Steve Bicknell in Limited Company, Management, Small Business, Start Ups on October 3, 2013.
← Salary Sacrifice was “clarified” in April, does your scheme comply? Associates don’t have to be taxing →