The Beauty of a well Designed and Executed Process

Whilst consulting down in London for a client, I pop out quite frequently for lunch at a small local Cafe / ‘Wrap- bar’.  The establishment is only about 8.5 square metres in size, and customers queue outside in long lines sometimes to get served.  Obviously the wraps they serve up at lunch time are very good, but it the process that the proprietor has established, that has struck me as so novel. 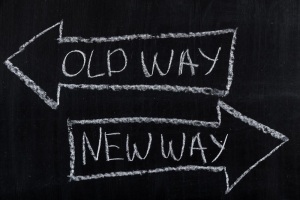 Bearing in mind that quite a few processes are running concurrently, namely a O2C (Order to Cash), the actual operation (making of the wraps from scratch) and a Customer Service interface, all run by the owner and two assistants, this is a study in efficiency in 5 minutes or less.
Bearing in mind that other fast food outlets have a small army of people floating about in the ‘back-of-house’ kitchen area, you can walk in an out and get a meal delivered to you in exactly the same time as a much more ‘industrial-scale’ operation.
The only way this is possible is because the proprietor has put his customer front and centre of his operation.  He even customises the experience, by remembering who order what and personally handing the warmed up wrap to the person who ordered it, with a big smile and a ‘have a nice day’ or similar greeting.

The design process, in looking at each step in the multi-layered process, and the execution of the process is flawless and a very useful example of how any business or customer interface process can be made a simple and efficient as possible.
Have you recently considered the ‘Customer journey’ and “Customer-centricity” of your operation, whether it is external or internal customers? If not, try it, even if it is only a ‘mind-exercise’, to see if you can potentially identify process savings that will lead to the business principle of ‘making it easy to do business with‘.

The Financial Reporting Council (FRC) has recently published FRED 58, being the Exposure Draft for FRS105, which in turn will become the new FRSSE (or replace the existing FRSSE, we believe). 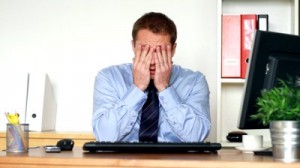 Comments on the Exposure Draft was due by 30 April 2015, so if you missed it, we are afraid the the train has already left the station.

In a nutshell, we have some serious conceptual and philosophical concerns the FRED 58 does not address (and staff at the FRC at a recent event in London, prior to the General Election, could not provide assurances on).

Effectively FRS 105 (as it will be know), once it is ratified and adopted in parliament, will not be IFRS ‘Lite-lite‘, although it will have some of the overall principles of Fair Value Accounting contained within it.

At a fundamental level micro-entities (* as defined below) can choose to adopt either FRS 105 or FRS 102. However, be very careful in which one you choose, as the two standards have some fundamental differences contained within them, which, later down the line (as the proverbial can is kicked up the road), might cost you additional compliance fees and time and effort, if you need to convert from FRS 105 reporting to FRS 102 (New UK GAAP).

Our concern is this:

“The overall objective of all the initiatives (driven from Brussels) is HARMONISATION. The differences in approach between FRS 105 and FRS 102 do not underscore this fundamental principle!”

Think and consult carefully, before adopting either standard (FRS 102 or FRS 105) if you are a micro-entity caught in the compliance reporting net.

If you have any questions or concerns, please contact any Business Accountant in our network for more details.

Micro-entities are very small companies. Your company will be a micro-entity if it has any 2 of the following:

If you have not yet filed Annual Accounts for a CIC (Community Interest Company), then please be aware that the process and procedures for filing the Annual Accounts at Companies House is different from normal electronic filings.

In order to file the Annual Accounts you will need to prepare a form CIC 34 which can be downloaded from the link.

The completed and signed (by a director or company secretary) CIC 34 form, together with a printed copy of the Annual Accounts and a £15 filing fee must be sent to Companies House well in advance of the filing deadline.  This is to avoid any late filing penalties, should Companies House reject the initial filing and you need to make any amendments that might be necessary in order to re-file the Annual Accounts.

Companies House officials were not yet able (during April 2015) to provide us with information as to when the electronic filing of CIC Annual Accounts will be possible.

Hence, just like filing Limited Liability Partnership Annual Accounts, the traditional hard copy and postage paid (preferably recorded delivery) or handing in the documents at a Companies House official Contact Centre office location, is still the only way to get the Annual Accounts filing compliance check done, for the time being.

The Risk-Based Approach – Risky business for SMEs? – Part I

This per se is not a negative issue, however, do risk-based approaches leave us exposed to more or less compliance risk?

We pose this question because a number of process advances, including technological drivers have over the past few years increased the incidence of the risk-based approach (r)evolution.

As an example, HMRC launched their risk based approach pilot scheme related to business record keeping called ‘Business Records Check‘ a few years ago (2011), only for the initiative to ‘go quiet’ and then suddenly to rear its head again late in 2013.

From the HMRC web site, the following information was published:

“Up until 17 February 2012, 3,431 BRC had been carried out. These found that 36 per cent of businesses had some issue with their record-keeping of which 10 per cent had issues serious enough to warrant a follow up visit.“

By extrapolation, HMRC also publish within their background report the following table:

It is clear that HMRC, via their risk-based approach, will target SME businesses they perceive as ‘at risk of keeping inadequate records‘, because of the additional tax yield they estimate to collect over the next few years.

The HMRC site goes on to state:

“A new approach to BRC started on 1 November 2012. Customers who are more likely to be at risk of having inadequate records will be contacted by letter to arrange for HMRC to call them to go through a short questionnaire.”

All this activity is part of an attempt by HMRC to close the ‘Tax Gap‘.

If you feel that your business records might not be up to the standard HMRC would acknowledge as adequate or if you feel potentially at risk, please contact one of the CIMA team members to assist you in evaluating your records, systems and processes for keeping adequate business records.

In a future article we will look into which specific activities put you or your business at a higher risk of a Business Records Check audit from HMRC. 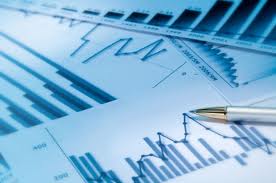